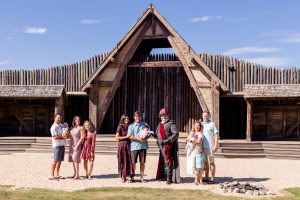 We were so sad to be unable to celebrate the 434th birthday of Virginia Dare this season due to COVID-19. The celebration of Virginia Dare’s birth is the very reason that The Lost Colony production was first put on in 1937, and to this day it is our most important performance of the year. It’s important not only for our company of actors and technicians, but it’s an incredibly special day for the people of Roanoke Island as well. Every year, Roanoke Island natives and tourists alike gather at the theatre on August 18th to see live babies portray Virginia Dare for that evening’s performance. It’s a tradition that dates back to 1937 and is one of the oldest traditions on the east coast. While we were unable to carry on this tradition in 2021, we still want to honor the families that were to solidify their place in history as a Virginia Dare Family. Below are portraits of the families and a brief questionnaire about their connection to The Lost Colony and to Roanoke Island. 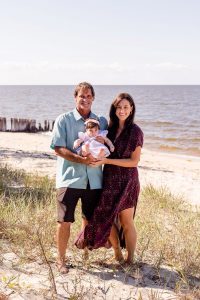 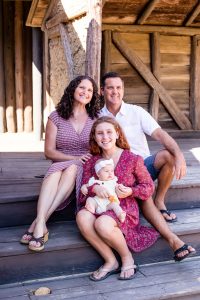 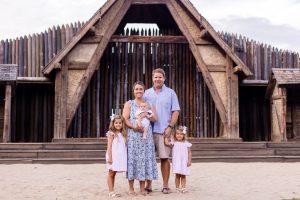