The Lost Colony Grand Tasting – The Best Wine Festival Around 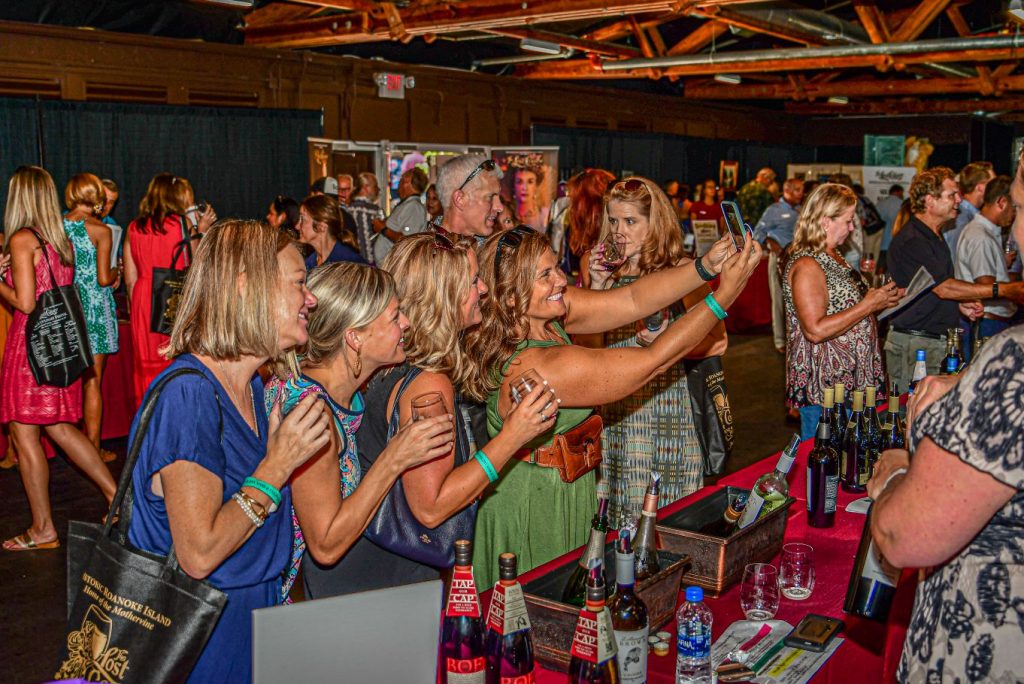 This is what the perfect wine festival would look like. There would be a light breeze off a beautiful body of water, with plenty of sunshine, of course. There would be live music; maybe some jazz in one area of the tasting and the beautiful winsome voice of a folk singer and guitarist elsewhere.

And wine…lots and lots of wine to taste. More than a 100 different flavors and tastes of the varietals of the world. Some beer might be nice to go with that, for those who may prefer beer or want a little variety.

Food—there would have to be a lot of that—the good food, the dishes that the best chefs prepare.

And best of all, little or no lines to sample the wine or the beer or grab a quick but perfectly prepared hors d’œuvres.

That is exactly what the 3rd Annual Lost Colony Wine and Culinary Grand Tasting was all about on the last Saturday in September.

The body of water? That would be the Albemarle Sound and as the day wore on a wonderful light breeze blew from the north. The sun never failed all day. Warm? A bit, but then the breeze would come off the water and sitting outside sipping a glass of wine and nibbling on mini crab cake seemed about as good as it gets.

Inside the SoundStage Theatre, the large pavilion-like building backstage at The Lost Colony, there was wine. Wines from all over the world, from North Carolina to Australia, Europe, South America, California. Whites, reds, roses, sparkling wines, champagnes. 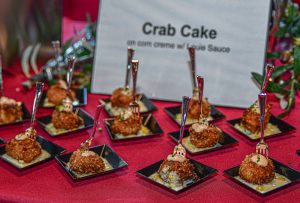 The key, in that situation, is to pace yourself. And maybe take two or three sips and then pour the wine out—admittedly often a heartbreaking decision.

But along the way, some wonderful wines were sampled.

There was a beautiful Australian Shiraz, the 2017 Vinaceous Snake Charmer. Smooth, wonderful fruit and a bit of the pepper expected in a shiraz. There was a Champagne Trio OBX was pouring in the VIP lounge. The R Dumont Brut was everything a French brut Champagne is supposed to be—just a hint of fruit, dry, with tight bubbles and marvelously refreshing.

Wine is, of course, a very individual taste, but in that setting, it would be hard to imagine there wasn’t a wine somewhere for every palate.

Rating food may be even more an individual preference than wine, but Cafe Lachine’s delightful garlicky Pamlico poached shrimp over veggie pesto was a standout. As was the peppery lobster bisque from Ten O Six. That is individual taste, but everything sampled was very good.

Inside the SoundStage the beautiful vocals of Jessica Hudson combined with the acoustic guitar of Thorne Wiggs created a wonderful musical backdrop for the day. Out in the Beer Garden, the breezeway leading to the SoundStage Theatre, Joe Mapp and the Coordinates were playing some of the coolest jazz around. It’s all part of what goes into making an event so special.

In the beer garden there was a story that’s worth noting. Somehow Ocracoke’s 1718 Brewery managed to get their beers to the Grand Tasting. No small feat since the beer is brewed on Ocracoke Island, but somehow, through relay systems, a lot of driving and coordination among various parties, the beer was there.

The Wine and Culinary Weekend—that’s what it is with a wine dinner on Friday evening and a Sunday brunch at Basnight’s Lone Cedar Cafe—has become the major fundraiser for The Lost Colony in the off season. The signature event, and best attended, of the weekend is the Grand Tasting. Only in its third year, the Grand Tasting has established itself as a well-run and enjoyable wine tasting as there could be. 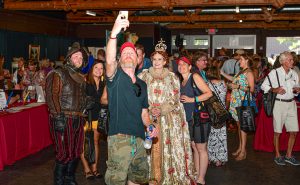 That is by design, as Bill Coleman, CEO of The Lost Colony explains.

“We decided the first year, we don’t want to get any bigger than this,” he said. “If you have 1000 people in here, it would be miserable, and nobody would ever come back. Do we want to be the best 500-person wine fest? Yes, that was our goal. That’s what we want to do.”

Bill’s expectation to create the best possible experience for the event is shared by Cindy McGann, the Chair of the Festival’s Wine Committee.

“I don’t think there’s any other wine event like this in this region,” she said. “There’s no one else doing a wine tasting that has this many wines and the beer and the food all in one place. You can come for three hours and eat and drink and we’ve never run out. That’s a lot of bang for your buck.”

The one added touch, though that makes the Grand Tasting such a memorable experience is the setting. Located on the north end of Roanoke Island on the Albemarle Sound, everything seems to come together to create the ideal surroundings for a Grand Tasting.

“We have a real advantage in the wine fest business” Bill said. “We have the infrastructure. We don’t have an issue with parking. It’s a beautiful location. It’s a million-dollar view. People like it.”