The Roanoke Island Historical Association (RIHA) is pleased to announce that John Ancona will become its new General Manager, effective December 1, 2020. John comes from Herschend Family Entertainment (HFE) which is the nation’s largest family-owned themed attractions corporation, operating entertainment, tourism and hospitality properties in 23 locations in six states. In his most recent position with HFE, John served as the Director of Entertainment and Events. John produced, operated and managed festival & live entertainment product and personnel for Silver Dollar City in Branson, MO. 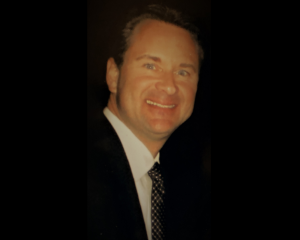 RIHA Chairman Kevin Bradley states that “John Ancona is a game changer for RIHA and The Lost Colony. His skillsets are a perfect fit for the organization as we look towards our future. We believe John has the practical experience and extraordinary vision that is necessary to take RIHA to new levels of excellence. We are extremely pleased to add John to our leadership team”.

Prior to his 13 year run at HFE, John worked for Norwegian Cruise Lines where he managed the daily operations of 12 ships worldwide which included 250+ shipside personnel, a direct-reporting shore-side team of Managers and Supervisors as well as multiple Production Companies, Entertainment Agencies, free-lance Directors, Designers, Contractors and Entertainment Technical Vendors. John also produced and operated all new and existing entertainment programs and special events. He created and managed the schedule for the creative, production, rehearsal and installation process of all new entertainment product from conception to completion.

John recently shared a few thoughts around coming to The Lost Colony. “It is with both pride and humility that I have the great privilege of being a part of our country’s longest-running outdoor theatrical production The Lost Colony. I am very much looking forward to working alongside such an extraordinarily talented cast, crew and creative team, in preserving its legacy for future generations and becoming immersed in the beautiful culture of the Roanoke Island and Outer Banks communities”.