To Colony friends far and wide, it is with sadness that we let you know of Pete Peterson’s passing on Monday, April 1, following a brief illness.

If you were a member of The Lost Colony between 1971 and 1996, you probably knew Pete. A commanding presence with an infectious smile, he was a pillar of the company, having performed the roles of Sir Walter Raleigh, Simon Fernando, Manteo and the Indian Chief Wanchese, for which he was well known. He also enjoyed his offstage responsibilities as combat director and fight choreographer for many years. 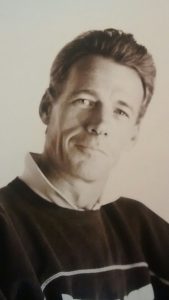 Pete was an avid outdoorsman. He approached each excursion, from mountain biking and kayaking to white water rafting, with studious preparation and admiration of Earth’s natural wonders.

In 1997, Pete married Marie Evans, an artist and former “Colony” dancer, who shared his sense of adventure. Together, they travelled throughout the U.S. on many trips. They made their home in Davidson County, N.C., where they renovated and transformed the Evans family’s 19th century farmhouse into a home, art studio and haven for their pets. Pete was also a talented pianist, an avid reader, a faithful Cowboys fan, a devoted and thoughtful in-law, and a fun uncle. 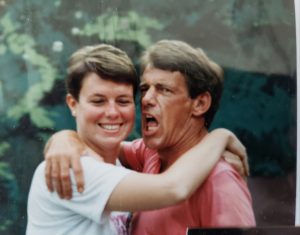 A memorial service will take place on the Outer Banks later this year. If you care to send a note or remembrance to Marie (she won’t be looking on this site), please post it the old-fashioned way to: